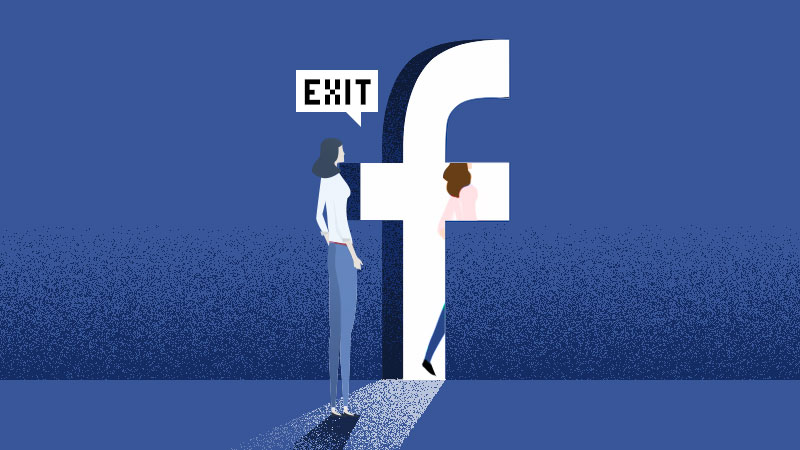 A lot of my friends and family are leaving Facebook, Twitter, Instagram, and the like due to their banishment of Donald Trump. For many, it’s because they love Trump and won’t tolerate anyone who does not tolerate their friends. For others, who do not love Trump, they see this as a fundamental attack on free speech. And, of course, for all my dispensationalist friends and colleagues, this is the beginning of the end.

The problem with switching to alternative social networking sites like Parlor and MeWe right now is that they are being overrun by conservatives with a chip on their shoulder. Yes, I am a conservative. Yes, I have the same chip on my shoulder. The difference is that I have a lot of other chips that are bigger than my conservative chip could ever get.

So, a part of me does want to leave Facebook and Twitter and every other outlet that may be limiting free speech beyond my comfort zone (including the computer I am typing this on!), but the bigger part of me does not want to go somewhere else that will be out of balance with propaganda for my own cronies (not saying that is what the others are designed to do; that is just what they are now). It actually makes me more discouraged to see my side spewing just as much mindlessness as the other side.

More importantly, I don’t like to congregate with those who only think and believe the same as me. What a waste! I love gracious diversity. There are plenty of things I am wrong about. I don’t know what they are or I would change and be right! For now, I will have to find places to continually challenge my presuppositions, testing them, shaping them, and forging them in the fires of those who think differently.

There is a time and a place to congregate with those who are more of a like mind. But if that is the only place you find your fellowship, 1) you will never win anyone to Christ, and 2) you will surely become judgmental and mean-spirited. I remember some guy sending others out as wolves among sheep. Or, wait . . . maybe it was the other way around?

However, it is increasingly difficult to find this kind of fellowship out there. The loudest and most vocal are flooding the internet “streets,” looking for someone to “cancel.” Ironically, the loudest and most vocal are usually the most insecure. They exchange arguments for volume and critical thinking for anger. Out there today, the moment I say, “I voted for Trump” (or, worse, say “Hell yes, I voted for Trump!”—I almost have to say it with a bit of shame if I have any chance), some of my closest friends leave me in hatred and disgust, while others want to give me a gun and a MAGA hat!

Why? Because it is human nature to become addicted to propaganda and we lose focus on the relative importance of all else.

For now, I will stay on Facebook. I have my accounts at the other places. I don’t like the censorship that is happening, both publicly and institutionally, but I can’t dare sacrifice the opportunities (for myself and others) when I mix-mingle.

For now, please know this: I probably will not accept much of what you have to say about any social or political issues. Those of you who know me know why? It’s not so much that I don’t trust you; I just don’t trust your sources. Until I am convinced someone is not in this new dark ages of thinking, until I believe they have a critical reverence for the truth above their reverence for their agenda, I can’t do otherwise. I have had to do the same in my own profession of theology for 20 years. I am somewhat used to it. However, if you are already established as a sober thinker (not because of your views, but because of your attitude and methodology), I will listen to you. Sadly, there are fewer and fewer of you left.

To the rest of you: you will have to kick me out of the madness. Otherwise, I’m not leaving!